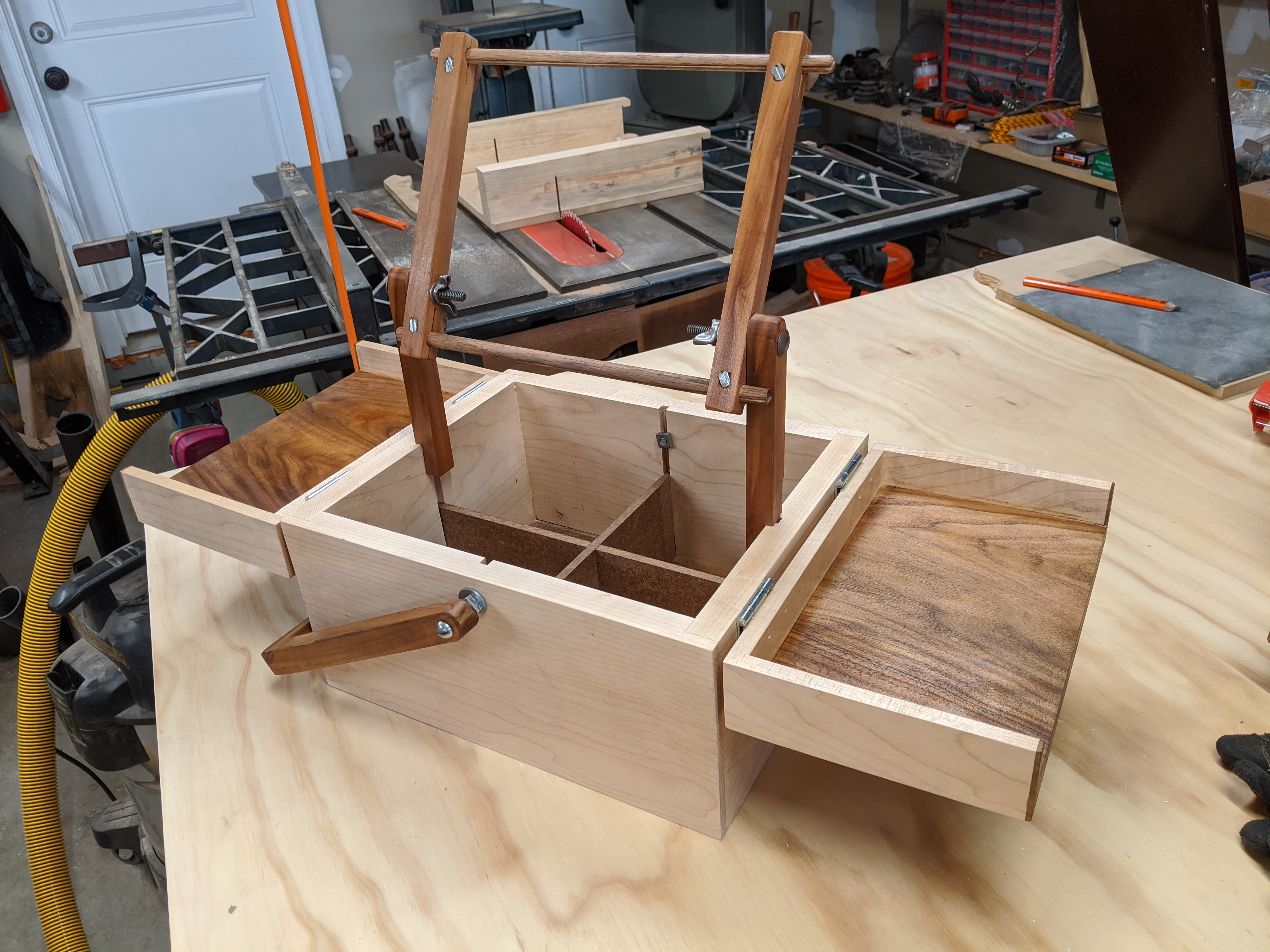 I started this without a totally clear picture of what it was going to look like when done, but I think it turned out pretty well.

Made with a long piece of maple, a scrap piece of walnut (for the top and frame), and some particle board for the bottom and dividers.

It turned out that I didn’t make the box exactly square, which made the whole process a lot more time consuming when trying to get the top pieces and base to line up flush. 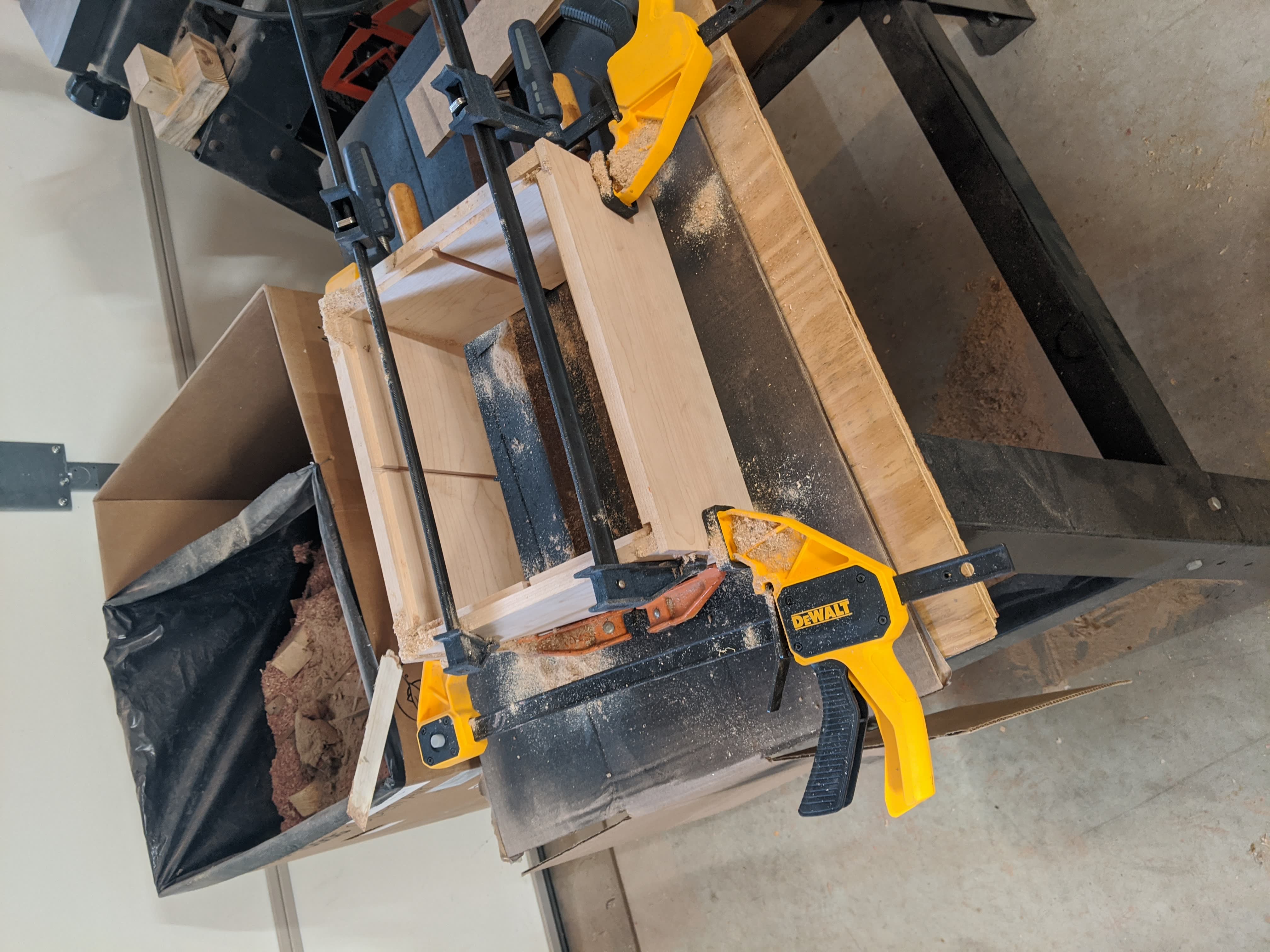 At that point, I designed and started making the frame. The idea was to have it reuse the dados from the dividers. These turned out not to be the exact same width, so the frame only fits in one way.

The amount of space was also very limited, as I wanted it to be able to fit inside of the closed box.

The design was largely inspired (re: stolen) from some of the better selling frames on amazon. The dowels are cut in half length-wise, then clamped using wing nuts on each corner. This works well enough, but the walnut used here is way too hard to clamp properly given the clearance it has on each end. I may redo this frame with a slightly different design in the future to make it more ergonomic. 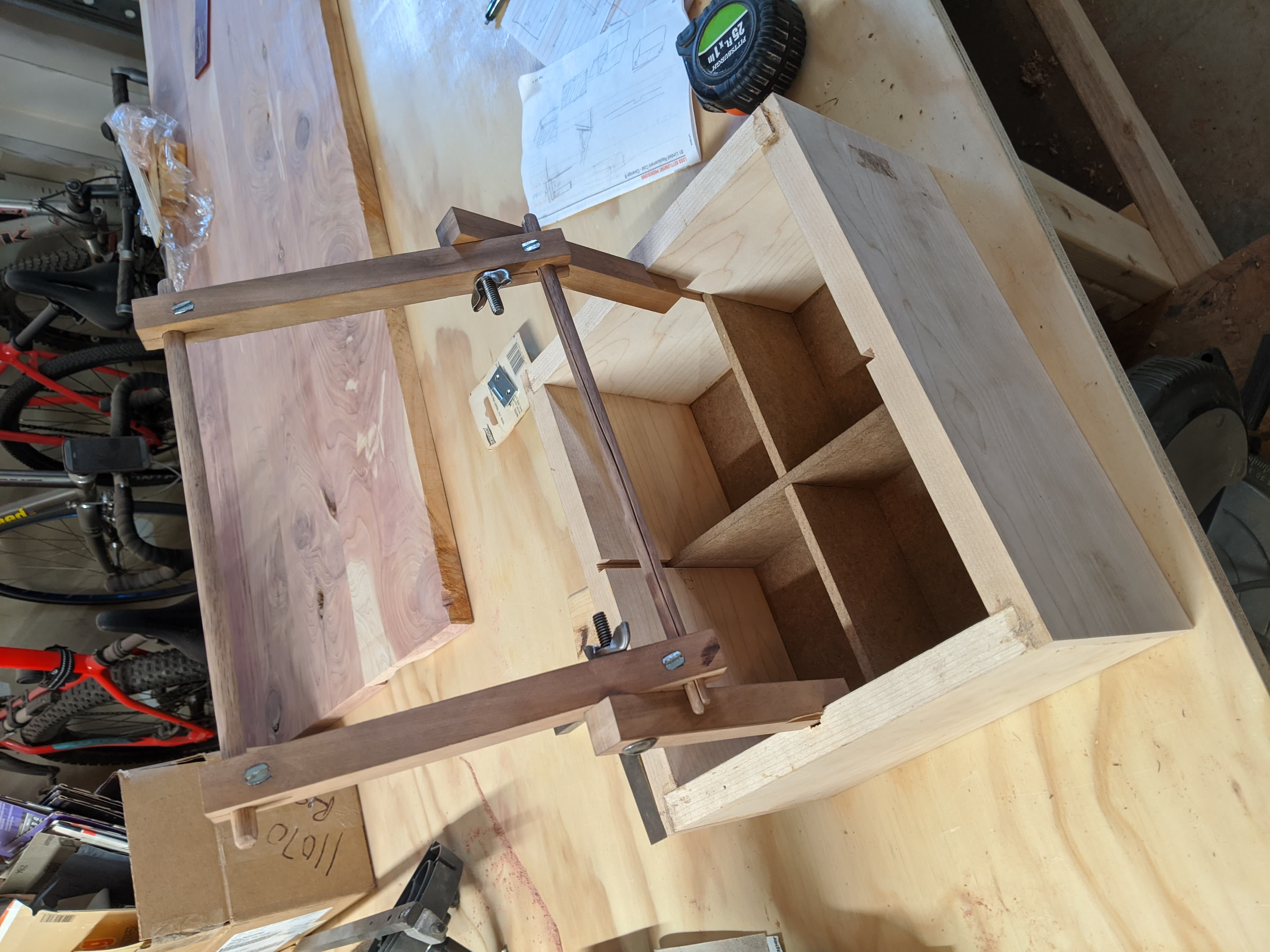 After that, came the top and handle. I had a single board of walnut with a usable pice that was just wide enough to use for the top. It wasn’t quite wide enough to cover the whole thing, which is why there’s maple sides on the top. These also give the top just enough clearance to store the frame when it’s folded flat.

The leftover piece of walnut had a huge void that I’d been cutting around, but the outsides had enough clearance for the bits of the handle. I ended up using as much length as I could, which came out to just enough length that when I glued them together I could attach them to the box with a bit of space left over. 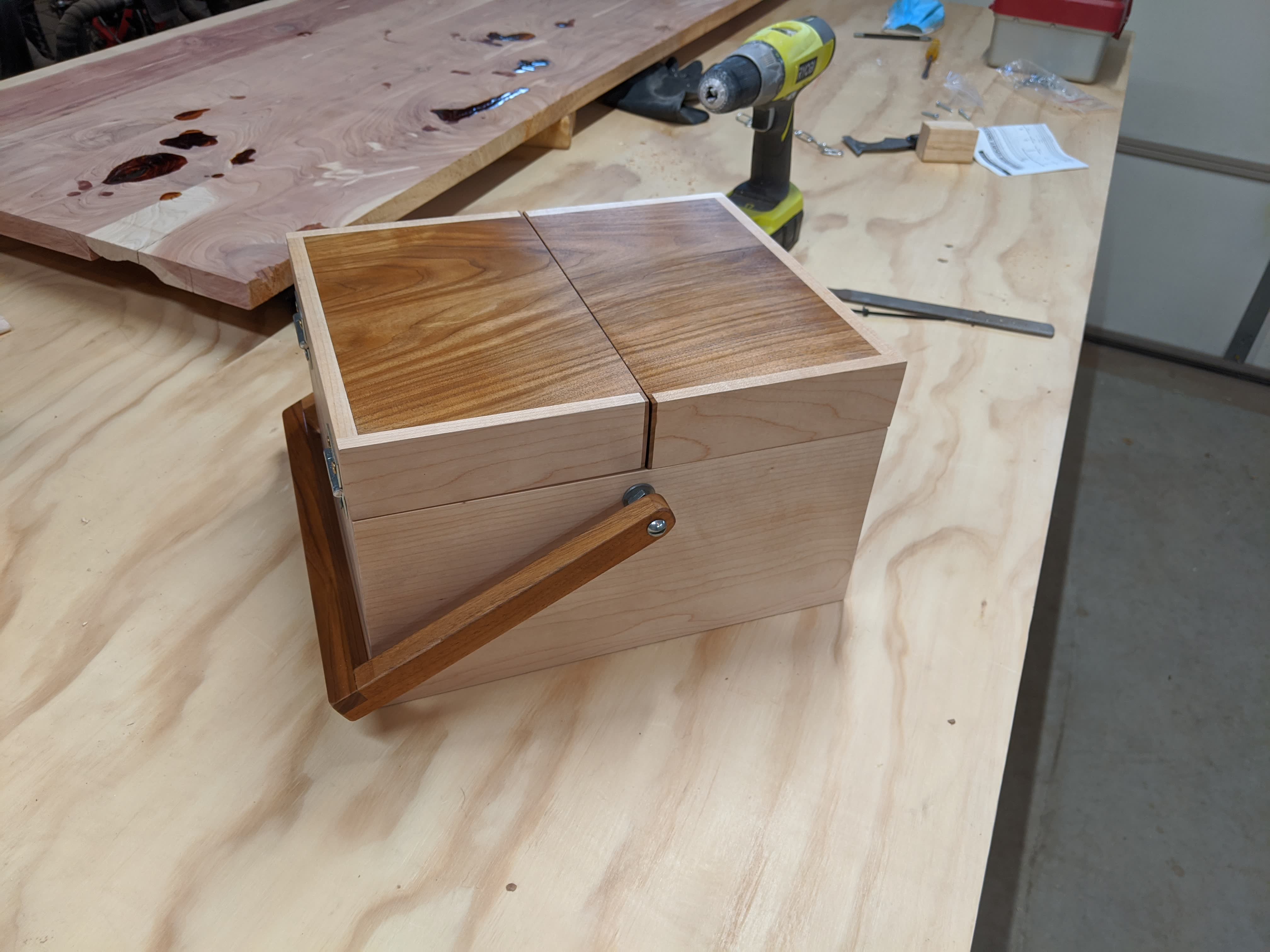 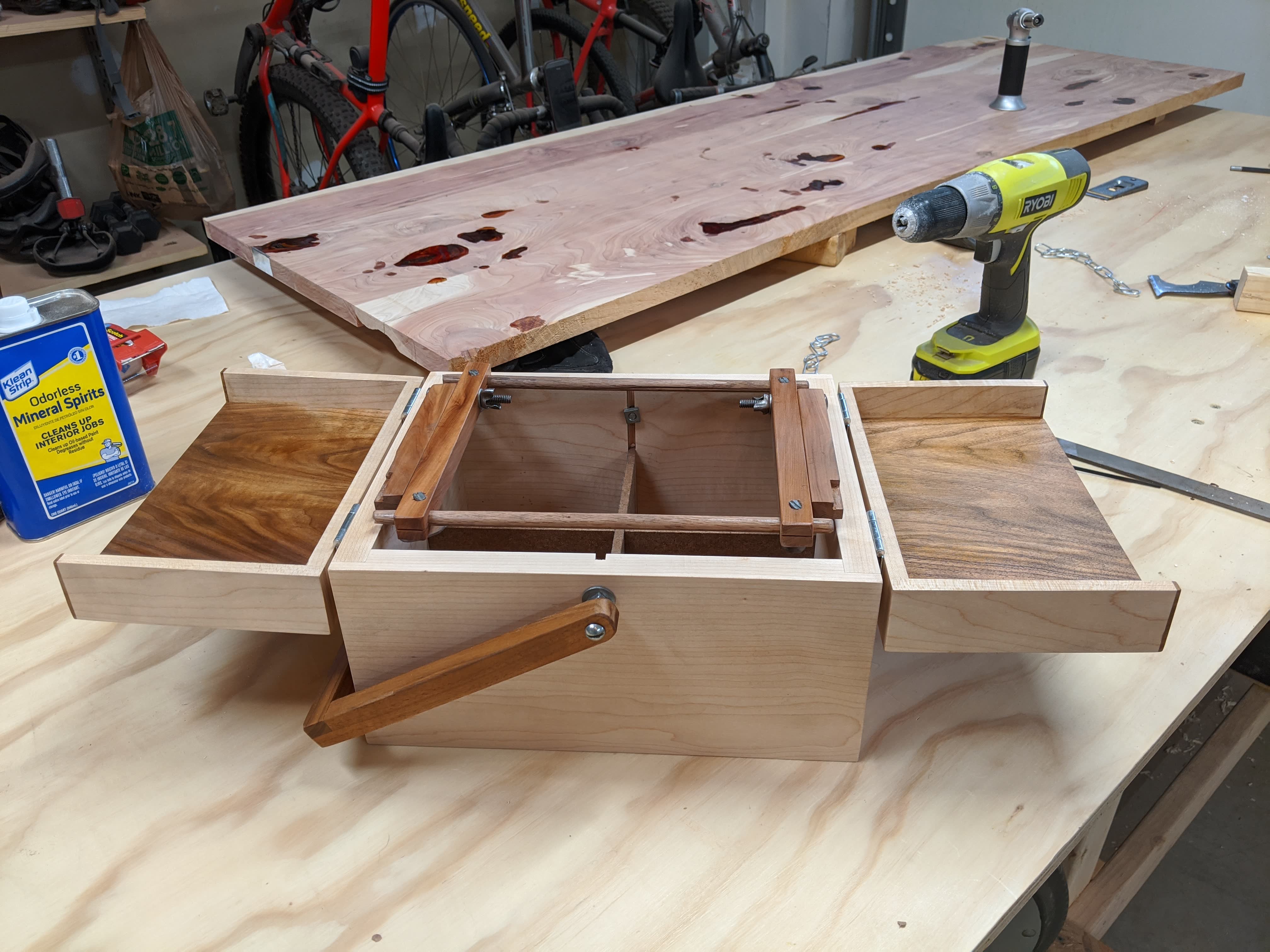