We adopted a puppy a few months ago, and it turns out that he’s a handful to watch just one one floor, let alone when he has free reign to go up and downstairs as he pleases. The first iteration of this gate was pretty ugly (pictured below), as it was an “oh shit I need a Temporary™ gate done today” type project. 3 months later, we were still using it with no sign of getting rid of it, so here we are. A slightly better version (with a hinge!). 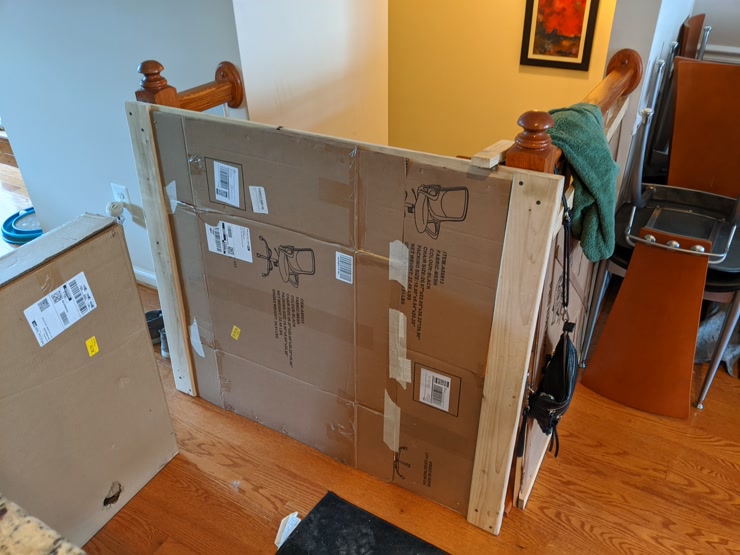 First things first, some designs. I knew I had some “reclaimed” (re: from old furniture from next to a dumpster) plywood and oak, which would hopefully match the oak railings already in place. The dimensions for the pieces were largely based on what I had on-hand + the space between the banisters. 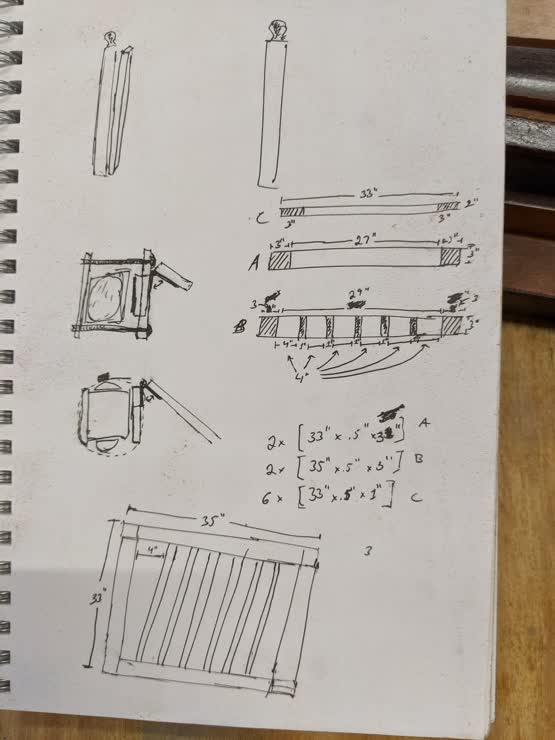 Next, a whole lot of rabbets and dados. Each piece of the outer frame is joined with a rabbet, and each vertical piece is dado’d in. 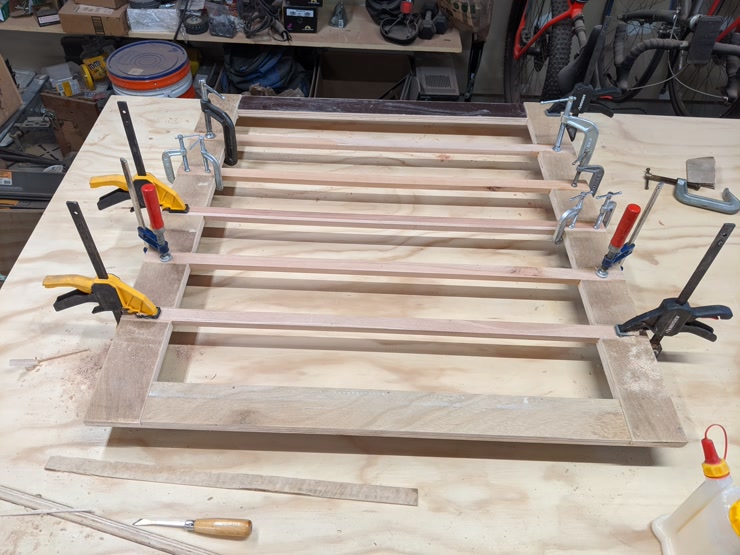 Finally, what turned out to be longest part of this process: painting. I knew leaving the unpainted column dados was going to be a little bit of a pain, but I definitely underestimated how much of a pain. Not pictured here is the half-can of black spray paint I wasted before coming to the conclusion that the whole thing needs a dedicated layer of primer for a consistent finish. The plywood was too porous for the primer already baked into the spray paint, and little bits of the previous finish were still on the surface in some places (making it unevenly glossy/flat). 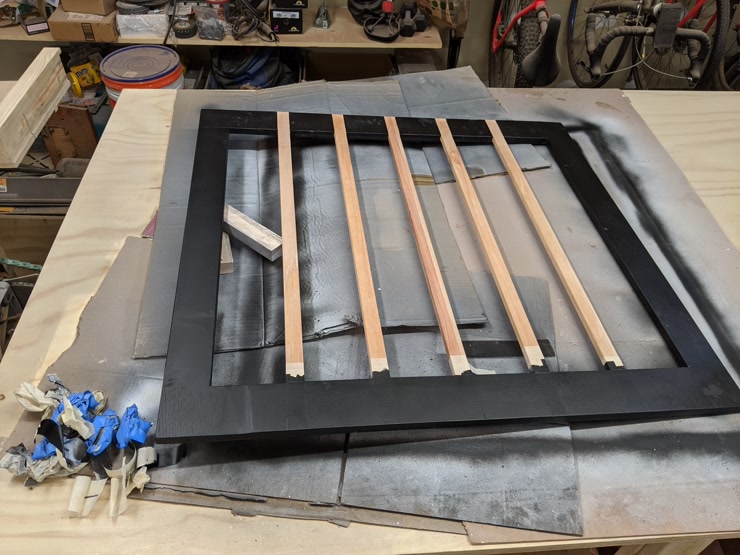 Once the black frame was done, I could peel off the tape masking off the columns, and instead mask off the frame. Not wanting to mask off the whole thing, I opted to use brush-on polyurethane instead of the stuff from a spray can. It’s much easier to not get finish everywhere when it’s brushed on. 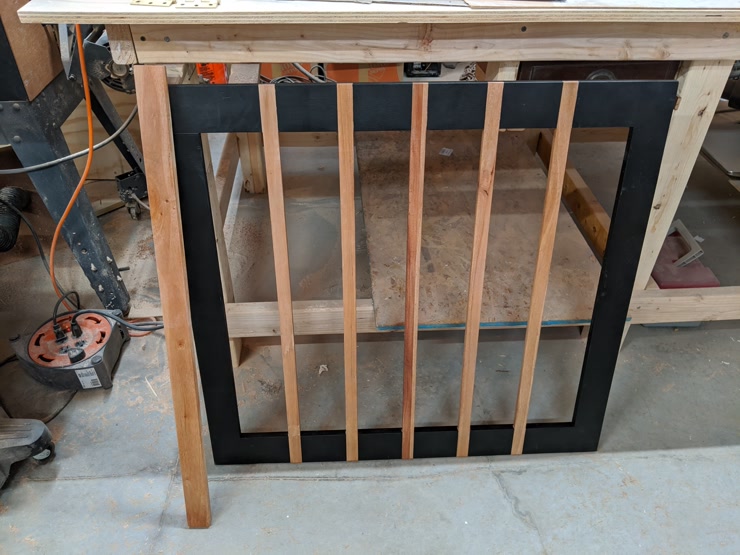 To attach this to the existing bannister (without drilling into it), I attached that long piece of oak to the bannister using hose clamps. These get really tight, so I didn’t have to make any complicated clamping mechanism. I did make a few little “L” pieces so the metal didn’t dig into the corners, but beyond that this setup works pretty well. The hinges attach to the long piece of oak and to the plywood on the frame. I also scavenged a spring and screwed it in so that the gate gently pulls itself closed.