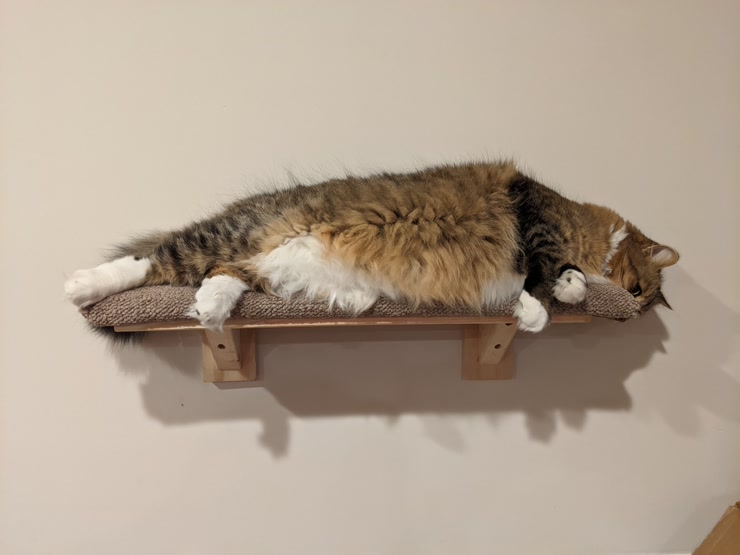 I’ve gone through a few iterations on cat shelves that come together easily in an afternoon. Here’s a few different versions.

The most basic version was just 1x12, cut to length, covered with carpet, then hung with simple L brackets.

This actually seemed to work out pretty well. The carpet was a pretty good texture for the cats to scratch at, and they loved the height. The only issue was that the carpet would come up a little bit around the edges sometimes, and the brackets weren’t quite up to handling Theo’s chonk without flexing. For the most part they were fine, but when he jumped between them there was some noticable give.

So, some time later I revisted the design and mocked up something slightly better. I don’t really have progress pictures since it was just a quick afternoon project, but there were two main modifications:

The first one I did was just a quick mockup (though we left it up), then the next one I painted to make it look a little more finished.

And they love it!